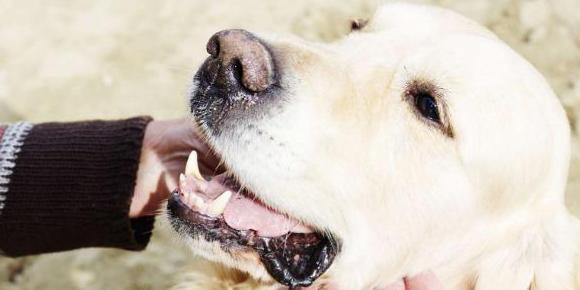 My first dog is kind, loving and affectionate towards adults, kids and even most animals. At times though, she can be reactive towards other dogs and I’m not 100% certain what her triggers are. I’ve thought maybe it’s because she feels the need to defend her pack, possibly being threatened by being dominated, a bad experience. I’ve put a lot of thought into this over time and sometimes there appears to be a reason and sometimes I am just baffled by the situation. The “loving dog mom” in me sees that my Lola could do no wrong but, as the problem has spanned out over time, I know that I can’t deny the truth.

When it first started, it was so at random that I didn’t realize that it was an issue. Then, as time went on, it continued to get worse and worse. When we first started hitting the trails, everything was great! Lola met quite a few of her favorite friends to hike with, by bumping into them on the trail. She was always great with any dog that we encountered. As she got older, we got dog number two, and then one day, it just started happening.

I will admit that I had let my dogs run free and far at first, but since then, have realized how important it is to keep them close and in control. I used to not see the harm in it because everyone always got along. However, now that Lola has become reactive to other dogs.

I have learned that yelling out to other hikers, “my dog is friendly” when they are charging at people or other animals is not always the greatest! People can be fearful themselves, or their dogs may be reactive. Which in turn, might cause ourselves to be caught in a situation that nobody wants to be in!

I’ve had people tell me that she’s a liability, or that I need to socialize her more, along with other things. The truth is that she is socialized. She does great with other dogs that she is introduced to, and that we hike with. It just happens to be that random dog we bump into on the trail and something triggers her, and she reacts. I have tried all kinds of things from a shock collar, to leashing. I even thought that if my boyfriend (who is truly the pack leader) came with us that she would not feel like she had to protect her sister and I, but that did not work either.

To sum it up, please be understanding and patient with other animals and dog owners when it comes to situations like these. Please be kind, and remember that not all dogs are aggressive. They may be fearful of some situations, or feel that need to defend their pack.

Is Your Pet ‘Fluffy”?

Is Your Pet ‘Fluffy”?