“Kitty Cat” came to the clinic by air, found by a good Samaritan on POW. He hadn’t been neutered or microchipped, but badly burned on three spots of his little back. He acted like a feral, or a stray, but never showed any aggression. Clearly terrified and traumatized, he spent a few days as a stiff kitten statue in the hospital. The humane society was able to take him, because he required extra medical care, and was too difficult to receive it easily. I had only been employed at the clinic for 2 months, and this was the first patient to cause me quite some heartache.

I wanted to bring him home at first thought, as a foster. So, I took him in to live with my hyper-social female kitten, in hopes that she could bring him out of his shell. I had told everyone that I would foster him until he was able to adopt out, and they all gave me the same “knowing” look.

From the very beginning, it was clear that he was not a normal cat. When any kind of change occurs, his immediate response is panic. He doesn’t like strangers, and takes months to warm up to any one person. He isn’t friendly, he doesn’t meow, he doesn’t show any attitude, he just likes to sit and observe. Sometimes from his perch, but now most often from my lap. 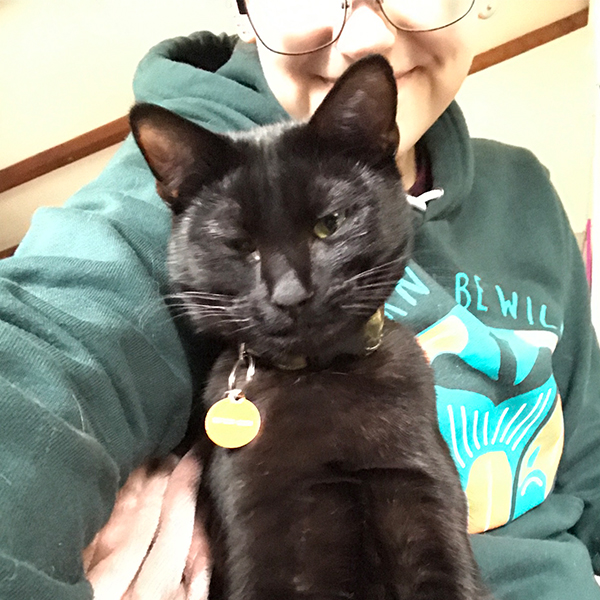 Most other homes wouldn’t know what to do with him. I’ve heard this situation be labeled as a Failed Foster, for either the reason that he couldn’t be socialized like a “normal kitty”, or for the fact that he never ended up leaving my care. I ended up re-labelling his situation as an adoption. Yes, everyone!
I kept him.

Since his homecoming, it’s been a long journey. He’s physically healed his wounds, but still shows plenty of signs of trauma. My story exposes one of the main reasons people are afraid to begin to foster: never being able to release them from your care, or worse, releasing them to an unfit home. These are reasonable concerns, but I’m glad this didn’t go any other way for me. I was prepared to do what it took to recover him, and I wasn’t at all surprised when he didn’t “turn normal”. My story is also an example of why everyone should spay and neuter their pets. He very well may have been a feral, born in the wild, never having known a home. Or if he was a stray, he once had a home, and his life turned upside down. I’ve found his gratitude and love to be one of the most rewarding gifts, making all the work totally worth it. 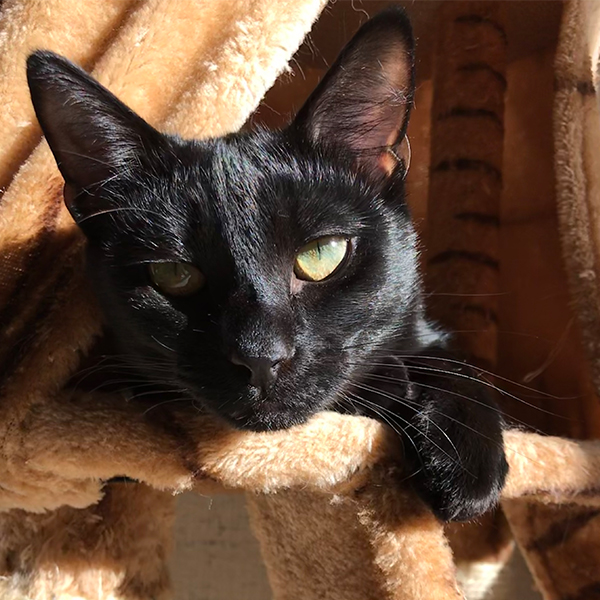 He’s here in my lap, always, as soon as I sit down on the couch. Though he still eats ravenously, “statues” whenever we have a guest, and overgrooms everyone in the house (including me), he’s never gotten aggressive, has actually learned how to knead, and found a best friend in his sister-kitty. We love him very much.